NetworkManager now uses colors to match the status of a device or a connection and sorts the output for better clarity. 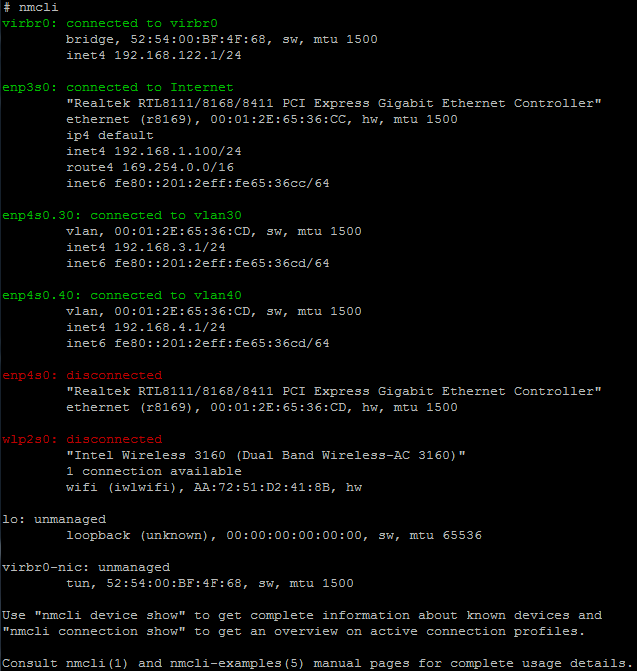 Invoking nmcli without argument displays all the network interfaces with an ifconfig style.

You need a bridge over VLAN? Software devices (bond, bridge, vlan, team, …) can now be stacked arbitrarily. The nmcli interface for creating master-slave relationships has been significantly improved by the use of ‘master’ argument to all link types.

There are still other improvements but they are too many to be all listed here!

You can also read this Red Hat Article about setting up MACsec using wpa_supplicant and NetworkManager.
Support for OpenVSwitch bridge, bond and VLAN has been added to NetworkManager but is still not integrated in the RHEL 7.4 release.
In addition, you can read some elements of History of NetworkManager in RHEL/CentOS.

Since then, NetworkManager 1.16 has been released. You can get the change log here.

There are no events.

RHCSA7: Task of the day

Allowed time: 10 minutes.
Boot and change the root password before the end of the boot process.

RHCE7: Task of the day

Poll for most difficult RHCSA 7 topic

Poll for most difficult RHCE 7 topic